We left Devon and drove to the city of Bath in Somerset, a world heritage city known for Georgian architecture and Roman Baths. Also home to Jane Austen for a few years of her life, and the setting for parts of her novels – Northanger Abbey and Persuasion.

After setting up in our B&B on Charlotte St, we took an Open Top Bus tour, then walked around town to get a closer looks.

Signpost map of Bath, with some of our highlights circled.

Our first stop was the Jane Austen Centre on Gay Street, which is just down the block from Number 25, where Jane Austen lived in 1805. It is now a dentist office.

Jane Austen spent some time in lodgings near Queen Square. She would have been familiar with the Obelisk in Queen Square Gardens which dates back to 1738, and was made in honor of the Prince of Wales by Beau Nash, the Master of Ceremonies of the town at the time. It is made of the same Jurassic oolitic limestone that is the prominent building stone throughout Bath. 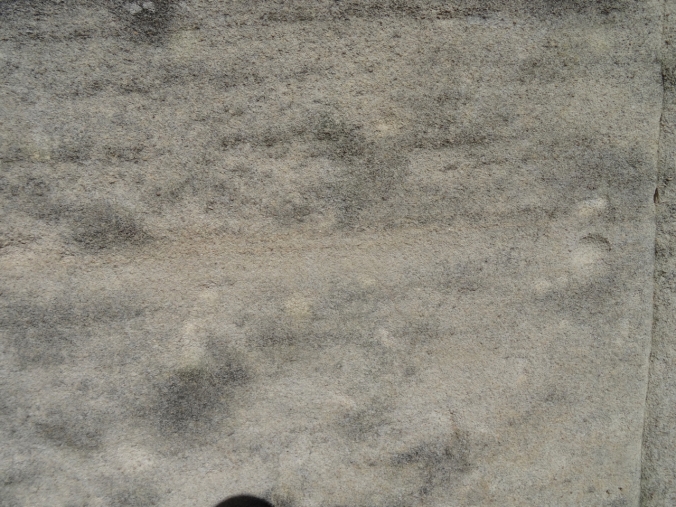 While on the Open Top Bus Tour, we were shown another of Jane Austen’s former residences at 4 Sydney Place near the Sydney Gardens. 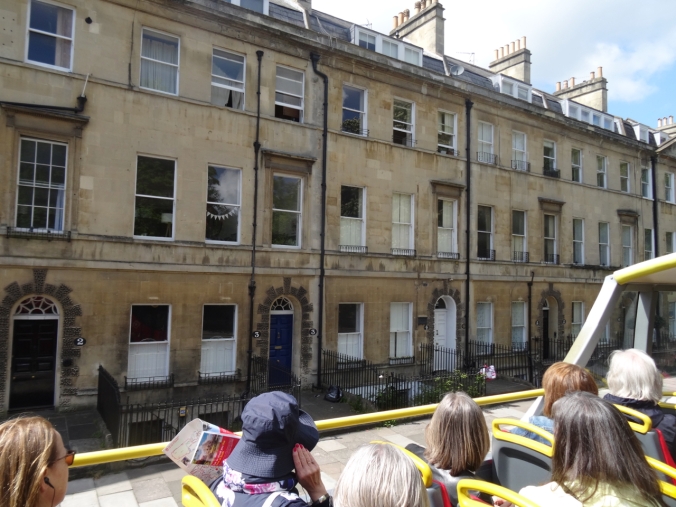 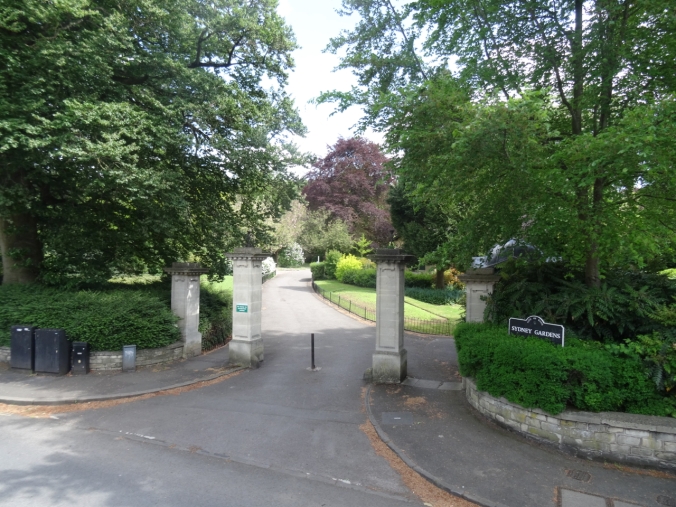 Jane Austen would have been familiar with many other Georgian buildings around town: 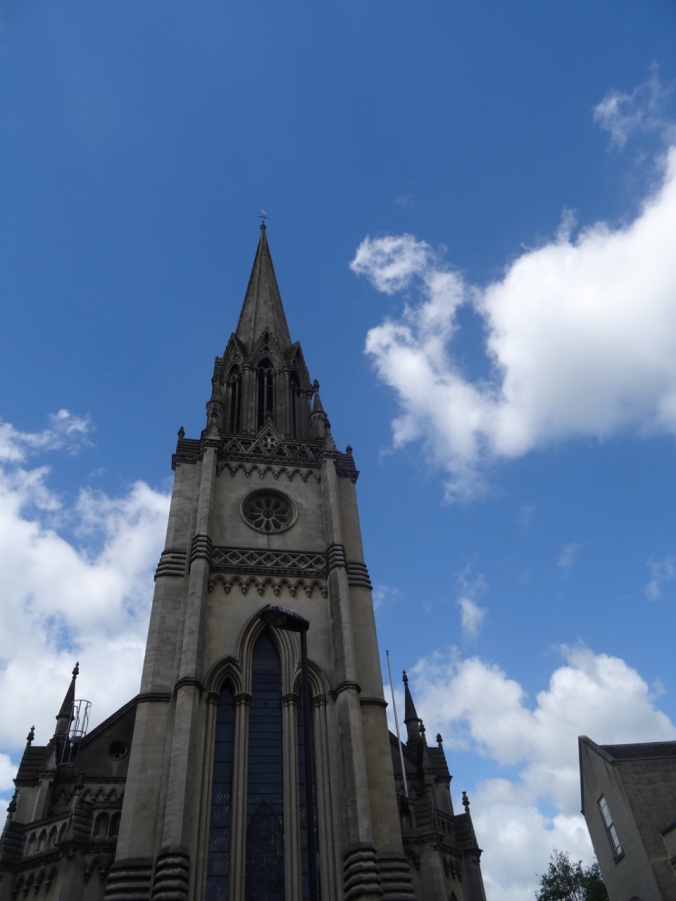 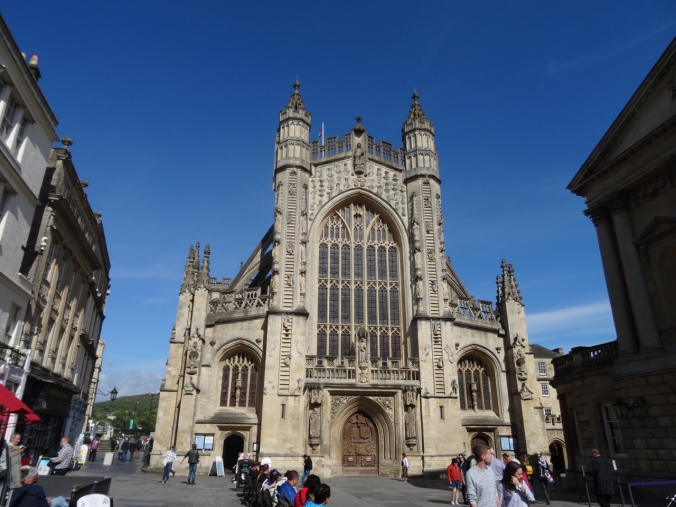 The Pump Room: Where people drank the waters in hopes of improved health. Some of Jane Austen’s characters met in the Pump Room for their daily drink and for socializing.

The Pump Room is now a restaurant.

A few other streets and shopping areas:

The River Avon runs through town, and we crossed several times. This is the view of Pulteney Bridge from the North Parade Bridge: 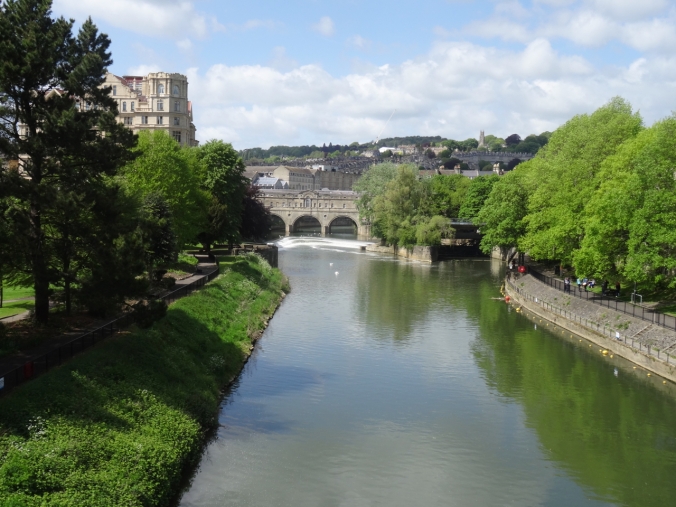 Two of the landmark Georgian streets and buildings in Bath are The Circus, and The Royal Crescent. The imposing curved edifices are built of Bath Stone.

The Circus: Three massive crescents form a complete circle around a central green. 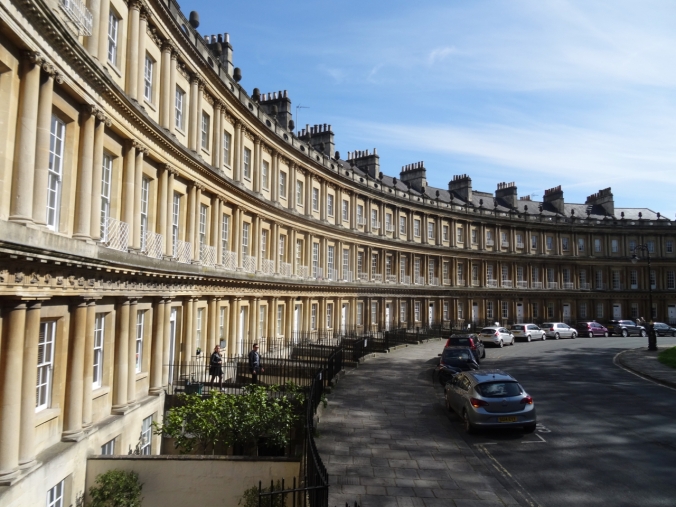 A closer look at the architectural details along the eaves: 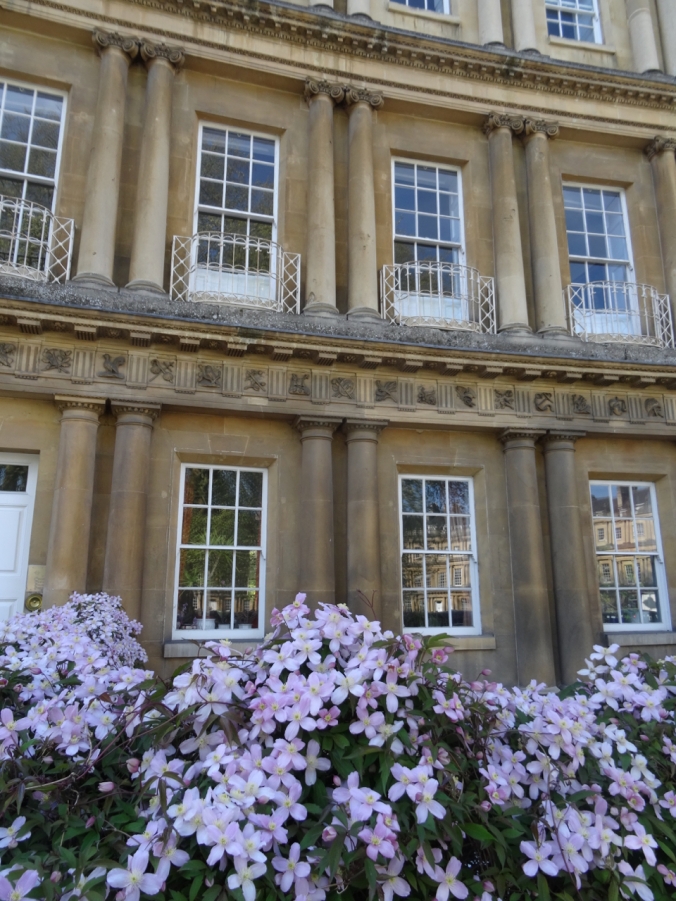 The Royal Crescent: An even larger crescent of Georgian buildings.

The Royal Crescent is over 500 feet long and difficult to photograph!

We walked along the Gravel Path, a protected off street pedestrian walk that leads from the parks near the Royal Crescent to the heart of town. It is where Jane’s characters Anne Elliot and Captain Wentworth finally found some privacy to declare their love.

Bath is an easy town navigate on foot, and if we had been staying longer, it would have been easy to walk into the surrounding hills to see other places where Jane Austen walked. For this day, it was time to enjoy a delicious Indian meal and then plan our next day’s adventure – to see the Roman Baths, and a little more sight seeing around town – our last full day of the trip.